A friend of mine was just woken up in the middle of the night by a huge fire at his farm.
The whole barn burned down.
Several diesel MK1 pickups, Rabbits Jetta were too close, all burned.
MK2 Golf gone.
Some partially burned.
This is just one picture before my card was full. 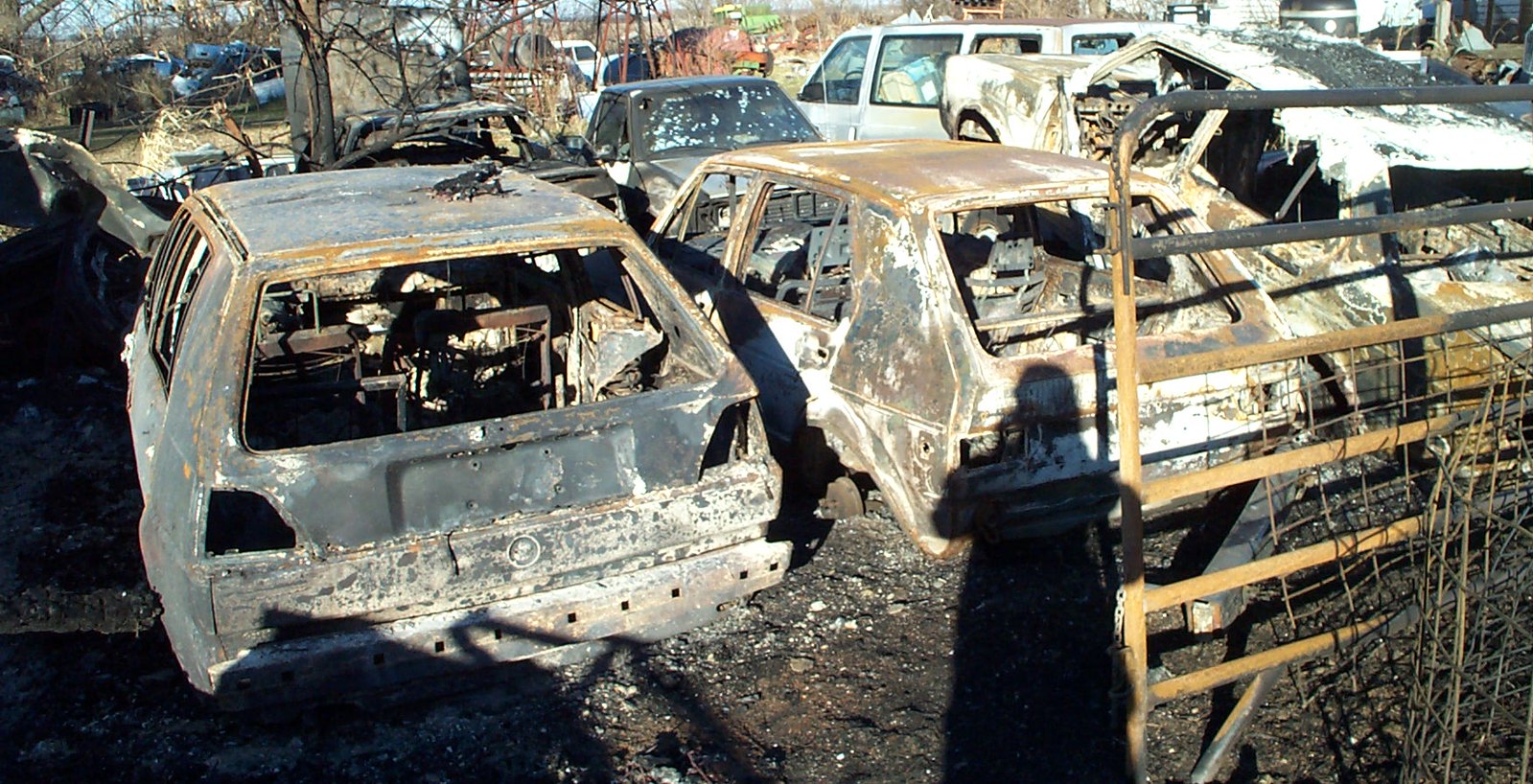 I'll get some more.
I met Bill at an auction where there was an early Rabbit with a perfect dash.
And a couple caddys.
We both rode in on vegy burning Rabbits.
He is such a great guy has helped me with several projects.
We worked together to get parts and some Rabbit diesels back on the road.
The factory turbo diesel Rabbit was unharmed.
'91 Golf gasser converted to a 12mm pump, M-TDI.
'84 1.6TD Rabbit with a VNT-15 turbo, still setup to run on vegetable oil.
'84 GTI with 1.7TD pistons and intercooled.
2003 TDI wagon
2000 TDI Jetta.
Top
Post Reply
1 post • Page 1 of 1